For the complete business, props, and costumes

For the raw business only

Available for the first time ever:  a rare opportunity to own a piece of Los Angeles history!

Scott Goshorn Luxury Estates, as exclusive Listing Agent, is pleased to offer investors, developers and end users a once in a lifetime opportunity to purchase the historic Glendale Centre Theatre, located at 324 N Orange street in the heart of Downtown Glendale.

The building is ideal for an investor, developer, or owner/ user looking to acquire an asset in Downtown Glendale that would give them full building identity.  This property is currently a fully operating 380 seat venue-in the-round theatre and contains over 13,200 rentable square feet.  It is 100% available which gives investors an incredible opportunity to take advantage of the robust growing Glendale market.

This is a rare opportunity to purchase a highly-unique piece of real estate that will serve generations to come.

In addition to a profitable theatre business, the property offers additional upside revenue opportunities  through venue rentals, corporate events and more. Included in the sale are the sets, props and the contents of the Costume Shoppe. The space is large enough to accommodate musicals, contemporary and classic plays, live entertainment, play readings, comedy performances and family friendly entertainment.  Yet its unique design creates a special feeling of intimacy where no seat is more than 9 rows from the stage.

Built-in base of loyal patrons

Every week, 52 weeks a year, for 74 years now, the Glendale Centre Theatre has entertained and captivated residents of Los Angeles with Broadway quality sell-out shows including Bright Star, Joseph and the Amazing Technicolor Dreamcoat, Mary Poppins, and more!   The result is an extremely loyal patron base, spanning multiple generations where the Glendale Centre Theatre is part of an ongoing family tradition.

At 13,200 sq ft, the theatre has credits for 370 parking spaces. These unique parking benefits expand theatre capabilities to include a dinner theatre, private club and more. 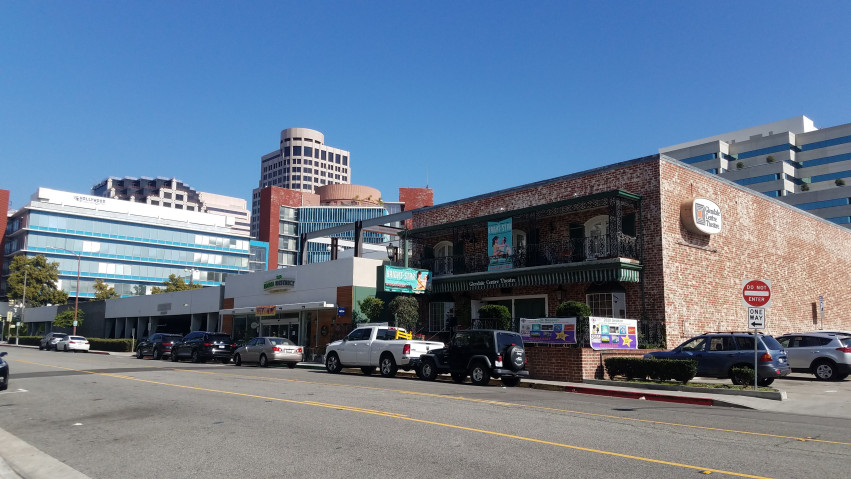 Glendale is alive with investment. With its low cost of doing business and strategic location, new investment continues to strengthen the City. Anchored by the Glendale Galleria and The Americana at Brand, Downtown Glendale is known for its fabulous dining, shopping and friendly atmosphere. The creative industries are one of the largest employers in Glendale.

“Glendale is a surprise hit as Show Biz Boomtown. The city has become a popular place among entertainment companies seeking space.” – LA Times

Glendale’s Downtown Specific Plan (DSP) is a mixed-use, urban design plan that establishes the desired vision for Downtown Glendale, and ensures its long-term status as a good place to do business. Downtown Glendale consists of a variety of districts based on the existing building patterns within each area and the DSP seeks to preserve and enhance the aspects which provide each district its unique character. The Glendale Centre Theatre is located in the Mid-Orange district where arts-oriented uses such as galleries and stage theaters are encouraged as well as low-rise mixed-use development. The property can be further developed as follows: 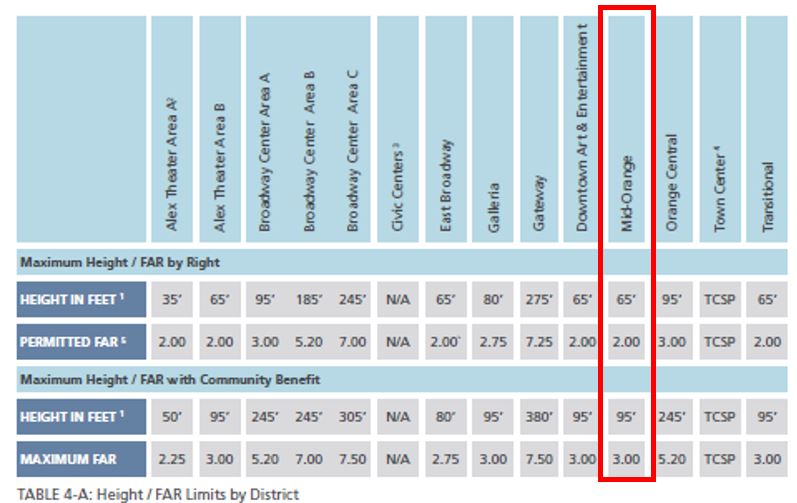 A THEATRE AND SO MUCH MORE

In addition to the theatre, the sale includes the sets, props and the contents of the Costume Shoppe.

In 1943, a young couple, Ruth and Nathan Hale, headed further west from Salt Lake City, Utah to Glendale, California with the aspirations of beginning a career as actors. They quickly realized that the only way to pursue their dream was to open their own theatre. In 1947 they rented a small building in Glendale, and the Hale Centre Theatre was born.  Although their opening night had an audience of just six, their little 110 seat theatre began to grow.

In 1964 they broke new ground and the 380 seat Glendale Centre Theatre was born to provide a one of a kind theatre in the round experience!

Every week, 52 weeks a year, for 74 years now, The Glendale Centre Theatre has entertained and captivated residents of Los Angeles with Broadway quality sell-out shows including Bright Star, Joseph and the Amazing Technicolor Dreamcoat, Mary Poppins, and more!

Today, the Glendale Centre Theatre has established itself as the longest continuously-running live theatre in the United States, passing down from generation to generation.